8 Awesome Phone Pranks To Pull On Your Friends (or Enemies!)

Technology has a ton of practical uses in everyday life, but it can also do a ton of other stuff that not everybody knows about. There are a bunch of ways to mess with your friends and family using just your cell phone.

Let's start off with an old favorite.

This is a super simple, and super classic prank. All you have to do is sit next to someone on the phone, and answer back to everything they say while pretending you're also on the phone. It's really funny, and generally, the people you do it to will also find it funny and probably not punch you! (Generally. We can't guarantee that you won't get in trouble.)

A great example of this is changing your mom's phone so that whenever she types "no" you can have it correct to "yes", for example. That's a dangerous power for a teenager to have, but you have to be sneaky about it.

How about a prank that is completely harmless, but pulls back the curtain on how dependent we are on our devices?

All this guy did was walk by people and have his phone make the notification sound, and it was amazing how many people immediately stopped what they were doing and looked at their phones.

It's super simple, but also super evil. For example, imagine swapping the contact name of someone's girlfriend and their mother? Oh man, you could really do some damage with this prank. Use with caution.

A less diabolical move is to change the victim's ringtone to something embarrassing.

This one is another oldie but a goodie. Simply change their ringtone to something super embarrassing so that the next time it goes off in public they'll be the subject of some awkward looks.

A recent, more lighthearted prank has been sending each other song lyrics out of context.

The idea is you send a song lyric, like "I kissed a girl" or something and wait for a response. Then you send the next line in the song. It helps to pick a song they might not immediately recognize from the first line. Maybe not a prank, but funny, and kind of interesting!

One trick that might work better on the elderly crowd is plugging in a wireless mouse or keyboard to their computer. 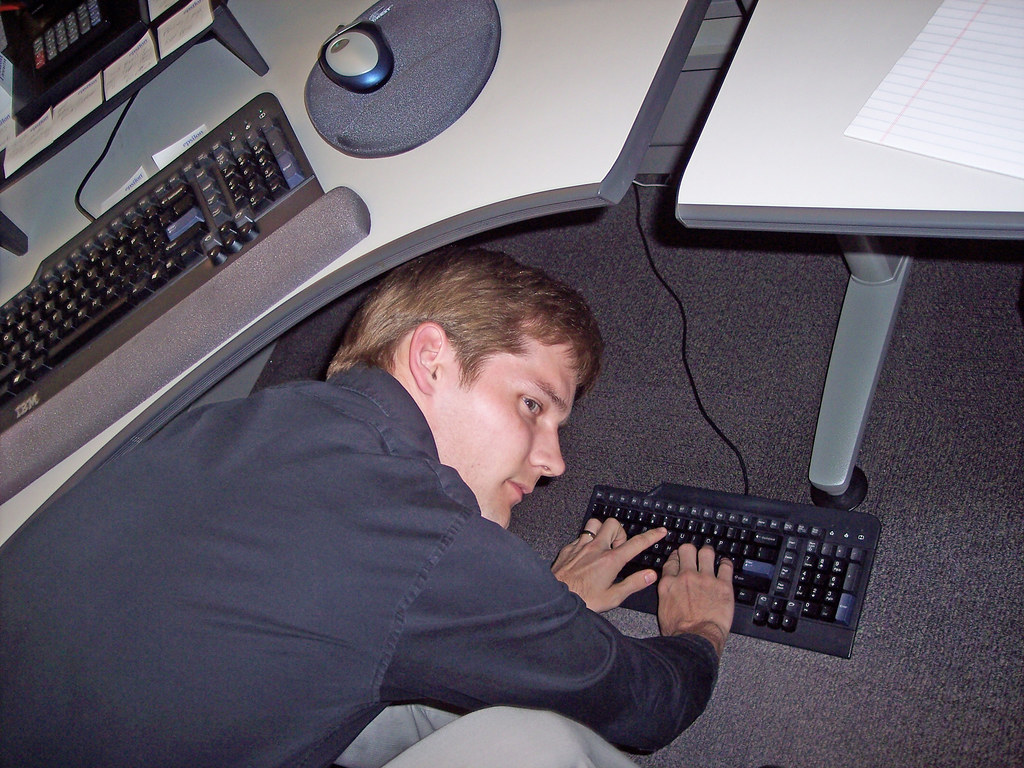 You'll be able to control their computer from across the room and get to enjoy all the looks of confusion they'll have on their face.

And last but not least, the fake update screen.

This guy created an entire website dedicated to fake update screens and fake error screens that you can set as your desktop background to mess with your parents. He says in the video, "Don't try this at Best Buy," but that sounds like a challenge more than anything.

37 of the Handiest Gadgets on Amazon That Make Amazing Gifts

37 Product Recommendations From the #FoundItOnAmazon Section

37 Amazon Skincare Items That Are Cult Faves For a Reason